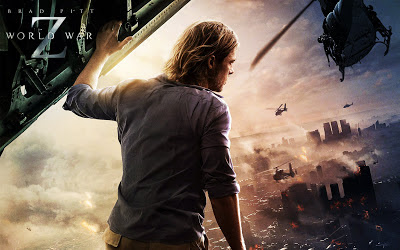 United Nations employee Gerry Lane traverses the world in a race against time to stop the Zombie pandemic that is toppling armies and governments, and threatening to destroy humanity itself.


World War Z was directed by Marc Forster and was produced by and starred Brad Pitt.

Being a massive fan of The Walking Dead I was really hoping this new zombie flick would be good but it failed on every level. The story was just thrown together with one of the worst climaxes I have every seen. Some scenes dragged on for so long you got so bored that you actually didn't care what happened because you just wanted it to be over. Brad Pitt was so boring in this movie I actually think he is spending so much time running around after Angelina that he has forgotten how to act. He did not engage with his female lead in anyway therefore it was hard to engage with the family relationship in the story. He interacted with the kids much better than he did with anyone else. With the amount of money that was spent making this film they really could have made it something special but instead they made a movie that may just head for the box office flop pile.

The only good thing I can say is the opening sequence is the most exciting part of the movie and some of the zombies were quite funny in some of the scenes. I give this a miserable 1/5.