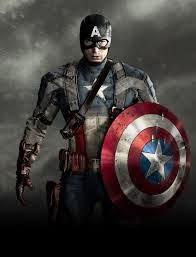 Marvels latest blockbuster sees Captain America (Chris Evans) struggling to adapt to modern society as he comes up against a ghost from his past in the form of the winter soldier. Shield has been compromised and it's up to our hero and his trusted friends to uncover the truth and save the lives of 20 million innocents!!

Although I'm not a comic book reader I love my superhero movies and this one did not disappoint. The movie is fast paced and you do not want to take your eyes of the screen for a second in case you miss anything. The fight scenes were extremely impressive and the explosive car chases provided some of the best scenes in the movie.

We were introduced to another hero in the franchise in the form of 'The Falcon' AKA Sam Wilson who is a post traumatic stress disorder councillor. I felt one particular scene with Sam and Steve where they talk about the guilt and regret of war that anyone who has done a tour has to learn to carry with them, was very poignant and brought a bit of the reality of our society into this fantasy world.

I went to see the 3D version which was not spectacular. During the trailers we got a taste of the 3D from The Amazing Spider Man 2 which looks amazing so that excited me more than the 3D seen here.

With a strong storyline and stellar cast Captain America: The Winter Soldier has earned its place amongst Marvels blockbusting hits to date so strap on your seat belts because when you go to see this movie you are in for one hell of a ride.