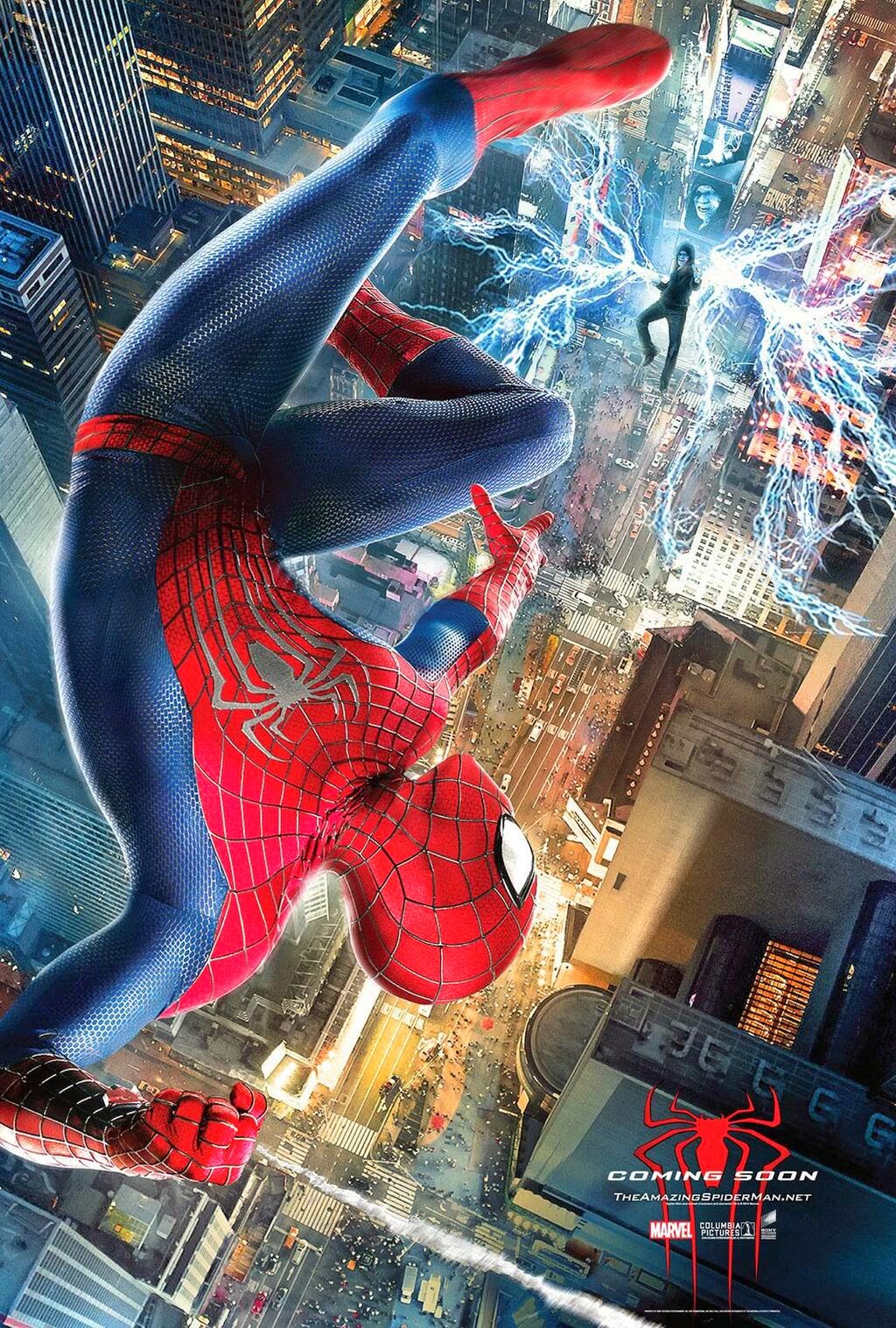 In this installment of the franchise we see Peter Parker once again battle with himself as he is torn between his two identities. Peter wants to find out the truth as to why his parents left him as a child and he unearths much more than he expected. While coming up against a new batch of super villains he realises they all have one thing in common - Oscorp!!!

The chemistry between Andrew Garfield and Emma Stone is fantastic in this movie and is one of its strongest elements. They deliver the comedic scenes perfectly but also draw you in during those intimate moments. I stated in my review of the first movie that Garfield makes a far better Peter Parker than Toby Maguire ever did. I may not have read the comics but I certainly watched the cartoons and Garfield perfectly captured his personality. He is most certainly the wittiest of all the superheros coming to the big screen.

I really liked Jamie Foxx as Electro but would have liked to see much more of him in the movie. There was alot of characters to keep up with but this was made worth it as you heard the high pitch laugh of the Green Goblin.

The action scenes were fast paced and I love the humour that is brought into many of these. The 3D is better than most I have seen lately but still waiting for a movie to beat the 3D of Hansel and Gretel.

Overall a strong addition to the franchise.