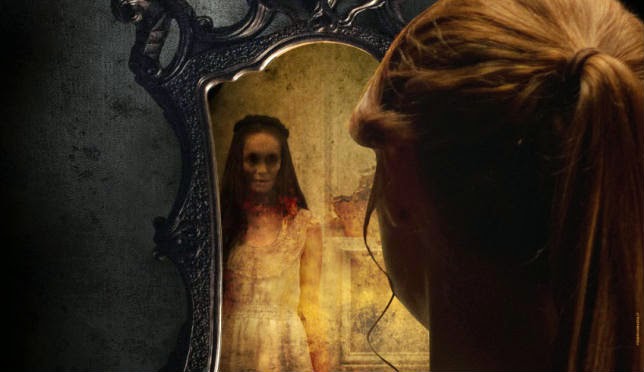 
Oculus is a psychological horror about a young woman who believes a haunted mirror is responsible for the death of her parents. Her brother has been in a mental institute since their death 11 years earlier and upon his release his sister asks him to keep their promise they made as children and destroy the evil that looks within the mirror.

The film is set in two different times which run parallel  to each other throughout the movie. Although the movie did have some cliched but effective jump moments, the use of the characters own consciousness against them was a powerful scare tool and the feeling of dread the viewer got as the story progressed made this one of the better horrors of recent years.

What really stood out to me at the start of the movie was how Flanagan delved into the psychological effects of a dysfunctional childhood and how we can have memory errors where we recall events quite different to how they occurred. With this strong script and storyline it was the perfect recipe for success.

Deep, eerie and gripping. Oculus is one for the blu-ray collection!!