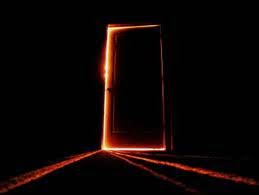 In the beginning there was Ed and Lorraine Warren. A couple who dedicated their lives to paranormal research. You did not hear of many teams doing such work in those days but since the explosion of Most Haunted onto our screens, this craze of becoming a paranormal investigator seems to have taken the world by storm. I asked Richard McCloskey Wall of Down Paranormal what it is like to be a paranormal investigator in Ireland and this was his answer:

Be a paranormal investigator they said, it'll be fun they said...
About this time two years ago a good friend of mine called me to ask if I fancied a ghost hunt.
"Like most haunted?" I asked "Yeah"
"Aye go on,it will be a laugh sure"

Little did I know!

The night of the ghost hunt arrived and we excitedly headed off, I was actually a little nervous but I hid it well. We had a very enjoyable night and yes,it was like most haunted (although it really shouldn't be). It did indeed spark an interest. We soon found another place to investigate and this time in was an abandoned police barracks and former children's hospital that later became one of my favourite locations.


After that I didn't give it much thought again until I was approached by the team I had went on the first ghost hunt with to see if I'd be interested in joining the team. I was delighted and thought why not (I'm not one to let an experience pass buy) I got my kit gathered up and set out to become a paranormal investigator. I, like most people had a certain idea of what this entails from watching programs like most haunted and ghost adventures. It's all running about with cameras as all hell literally breaks loose around you. When in actual fact it's not like that at all there is it's fare share of fakery (that's why I eventually started my own team) but the most surprising aspect of being a paranormal investigator is that it's very much like being in a playground.


Now I'm a hairdresser and I'm used to bitchiness but hairdressers don't hold a candle to some paranormal folk. Almost the instant I started I was blocked on Facebook (where there is a whole paranormal underworld I never knew existed) just for joining a certain team by people I had never even met. I was lied to to get information on other people and I fast learned that the paranormal was not at all what "right thinking" people think it is.


Now don't get me wrong, I've met some simply lovely people and even made a few lifetime friends on this roller coaster ride, I've got to visit some of the most amazing places all over Ireland, from haunted castles to haunted boats and had some unique paranormal experiences that I will never be able to explain away, but I've also seen the absolute worst of human behaviour too. I've seen people harassed and bullied, Female investigators sexually harassed via Facebook and lies and counter lies told by people who the very next week are best palls. So over my time in this hobby I've wondered time and again why the paranormal community is so tumultuous. Is it that we on a weekly basis try to contact the dead? Are we in some way influenced by the spirits we contact? There is no denying that some of the contact you make with the "other side" is at the very least,unpleasant. Or is there a more earthly explanation?


The paranormal is very much a field of "what ifs" and "maybes" this creates an environment where anyone can solicit themselves as an expert, there are very few clear scientific answers in what we do so the egotist quickly rises to "expert"status. No one can say he or she is wrong because there are no right answers.


Those less egotistical or searching for some sort of paranormal limelight, fast latch on to the "expert" in the hope of some sort of gain. They in turn bully and cajole those who dare to disagree, this seems to propagate the type of school yard environment I see on a regular basis.


Whatever the explanation there is most assuredly something not right within paranormal circles.
If I could go back to two years ago when asked to join a team, would I do it again? Well yes, I would,despite everything it has been fun and I've had truly exceptional paranormal experiences. Sadly the only way I've found to enjoy the paranormal is to distance myself from 90% of the paranormal community.
So If your thinking of going from "normal" to paranormal My advice...go for it. But what would I know,I'm no "expert"

Richard McCloskey-wall
Posted by The Crypt at 07:11