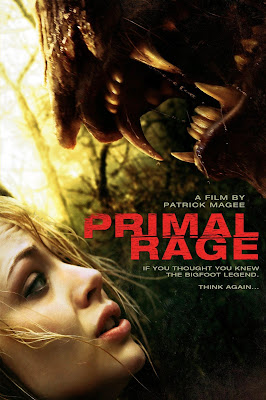 A newly reunited couple's drive through the Pacific Northwest turns into a nightmare as they are forced to face natures, unsavory locals and a monstrous creature known to the Native Americans as Oh-Mah.

A Bigfoot movie would not normally be my thing but I have to say this independent film from Patrick McGee ticked all the boxes for me. Firstly, the creature is not a simple minded beast but a rather calculated and viscious monster delivering some fantastic kills in the movie. The practical special effects were very impressive I think even Tom Savini would be impressed.

Primal Rage has a great cast. Gagliardi and Montgomery were very likable with great chemistry and Marshal Hilton stood out as the sinister  B.D. The movie is very atmospheric with great tension built with the help of a perfect score . 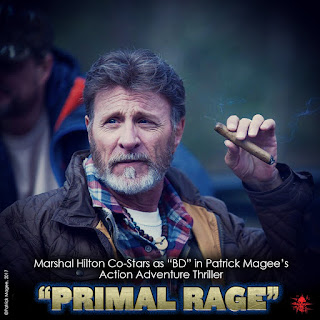 And may I just say the witch in the movie is exactly what I pictured an evil witch to look like as a kid.